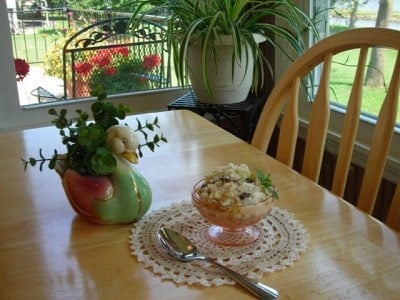 Always set your table like the President is coming to dinner”. That was Mama Reed’s philosophy. Kind and generous mother of ten and my great grandmother, I’ve only known her through family stories.

My mother used to live next door to her as a child. She and her sister would find out what their mother was having for dinner and then what Mama Reed was making and choose which house they wanted to eat at! Mama said they chose Mama Reed’s house quite often. True to her own words, at each and every meal her humble table was set to the nines with all of her depression glass dinnerware, strategically placed worn silverware, and pressed glass tea glasses which had been purchased with peanut butter in them. They may not have had much, but they were proud and willing to share what they did have.

Mama told me a story about the Jewel Tea man coming one evening, right around supper time. Of course, Mama Reed invited him to eat but he had already eaten so she asked if he’d like a glass of tea. When he said he would, she realized that with a table full of guests already, she had poured out all of the tea and there was none left. Without a thought, she seated him in the living room and walked through the dining room towards the kitchen, grabbing up her untouched glass of tea on her way. In the kitchen, she took an empty glass and put a few ice cubes in it so it would sound as if she were making a new glass. She then appeared with her glass, giving it to him, and later poured glass of water for herself. That’s southern hospitality.

Of course, Mama Reed was an amazing cook. This is her special recipe for rice pudding. Like the other matriarchs in my family, she was adept at making do with what ingredients were on hand and affordable, which made rice a regular ingredient for her cooking (even now, we all love a bowl of hot rice served with butter and sugar for breakfast). Most rice puddings are cooked in a pot on top of the stove, but our family has always baked rice pudding. When baked, it develops a wonderful custard and transforms into a rich and comforting dessert. This pudding would be served at dinner for dessert and any leftovers could be re-served for breakfast. True comfort food. I’m sure Mama Reed would be proud to know we’re still loving it today. Actual recipe is at the bottom of this page. Crack eggs into a bowl and beat well with whisk. 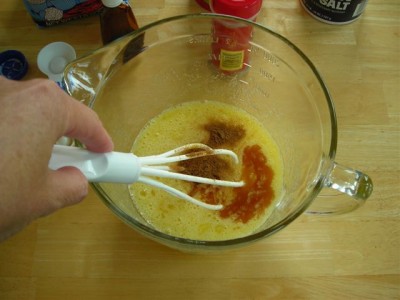 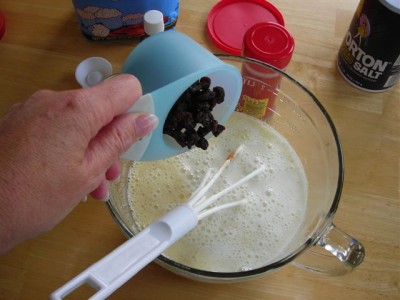 And stir in cooked rice. 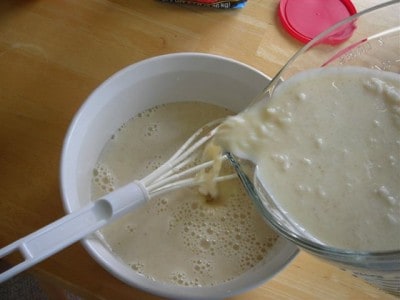 Pour into casserole dish which has been lightly sprayed with nonstick cooking spray. 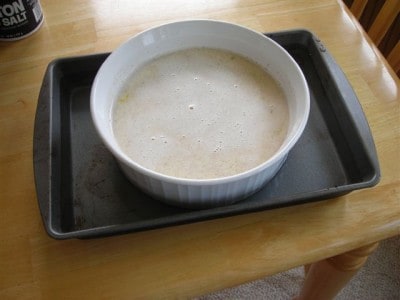 Place dish in a 9×13 inch pan and pour an inch or so of water into pan. After the first thirty minutes of baking, stir from the bottom. 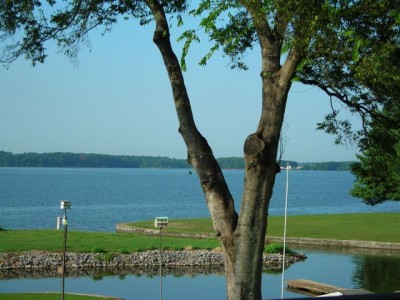 As promised in a previous post, these are photographs of the view of the Tennessee River from my mother’s back porch. 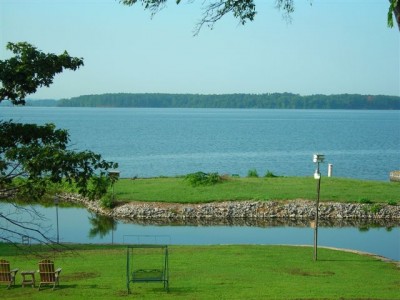 There used to be a tree on that island. There have been several trees planted on that island recently, actually. Another one fell victim to the beavers this morning. 🙂 There is a crane off to the left on the island, Mama said to tell y’all his name is “Leroy” and he lives there.

You might also enjoy this recipe! Banana Bread Pudding Sundae