There’s homemade banana pudding and then there’s banana pudding with meringue topping. The sweet meringue combines with the Nilla wafers, fresh banana, and vanilla pudding to take this delicious Southern dessert to the next level. 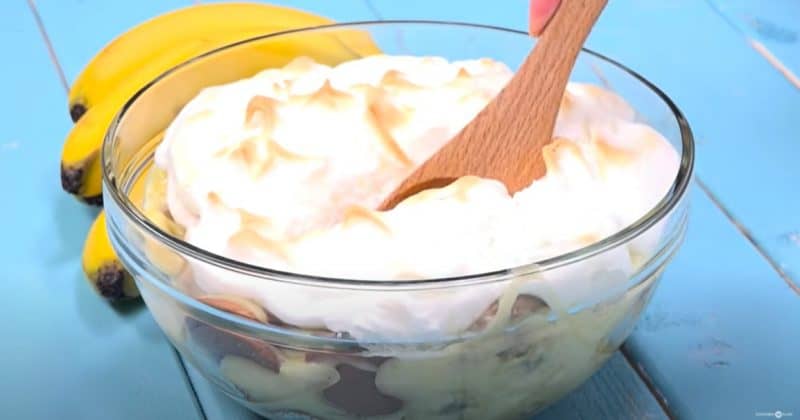 Now, it’s no secret that I love banana pudding. It’s an old-fashioned favorite that I’ve been enjoying since childhood. I’ve featured a few different versions here in the past, including my homemade banana pudding from scratch and my frozen banana pudding cups. But this version of Southern banana pudding with meringue topping is positively delectable!

It features Nilla wafers and fresh banana slices in a rich and creamy homemade vanilla pudding, which is then topped with fluffy and light meringue. After baking quickly in the oven, the meringue becomes beautifully toasted and even more flavorful. This Southern banana pudding with meringue is equal parts sweet and creamy, and I know your whole family will enjoy this Southern dessert.

How to Make Homemade Banana Pudding with Meringue Topping 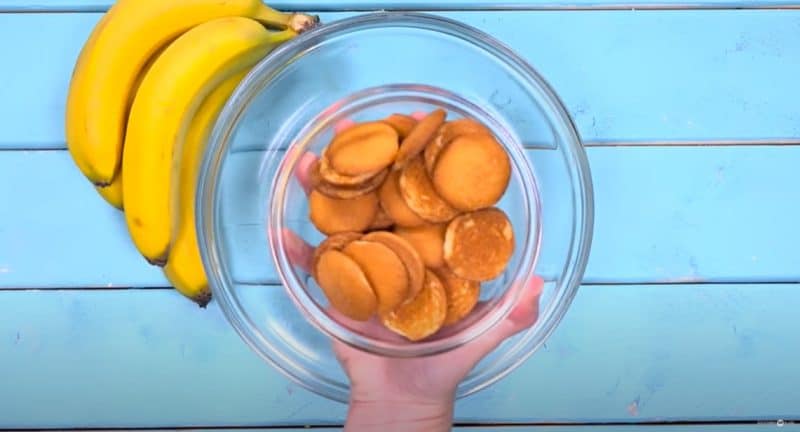 Take the Nilla vanilla wafers and put them in the bottom of a medium-sized bowl. 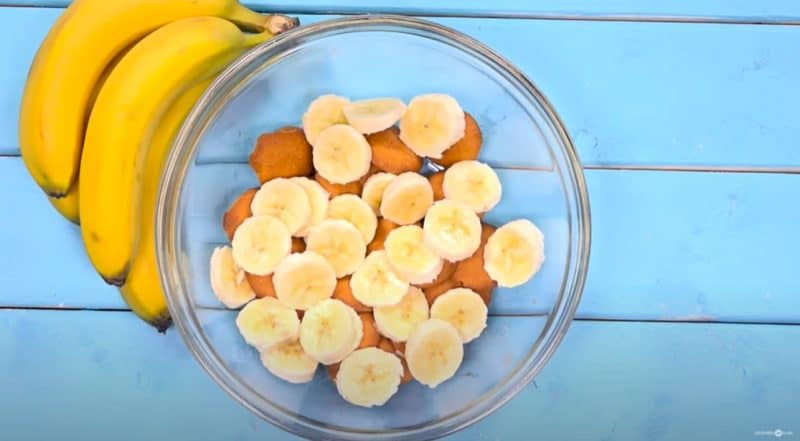 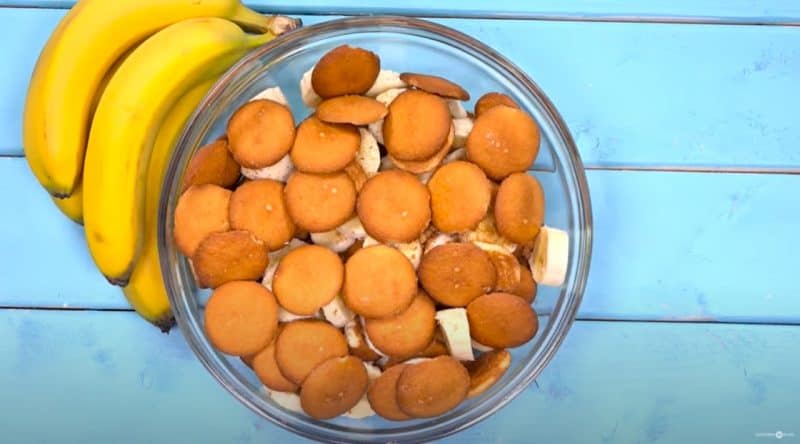 Repeat this process twice, so you have a Nilla wafer layer, then a banana slice layer, then another layer of wafers, and more bananas.

Top her off with a last layer of the wafers to look like the above picture. Set aside.

How to Make the Homemade Pudding 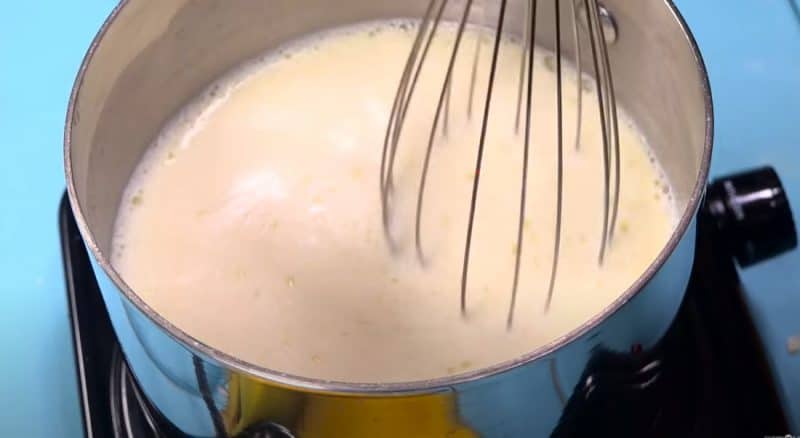 In a medium-sized saucepot or double broiler, add sugar, egg yolks, milk, and flour and whisk on low heat.  Stir constantly until thickened, which will take about 15 minutes. 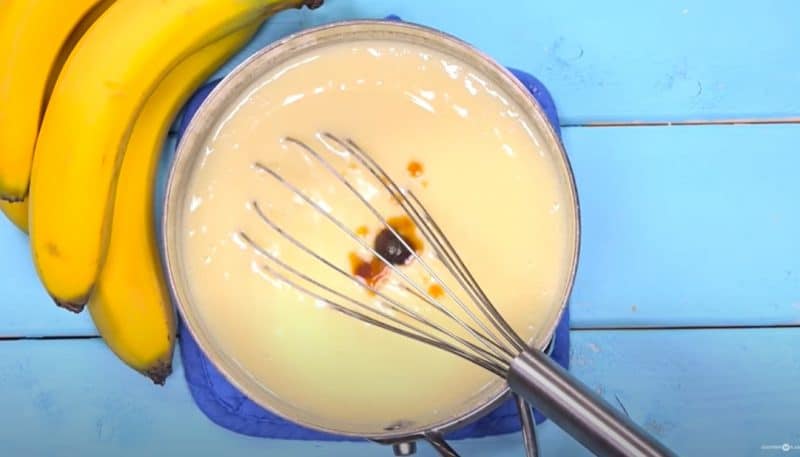 Take off heat and add in the vanilla extract. 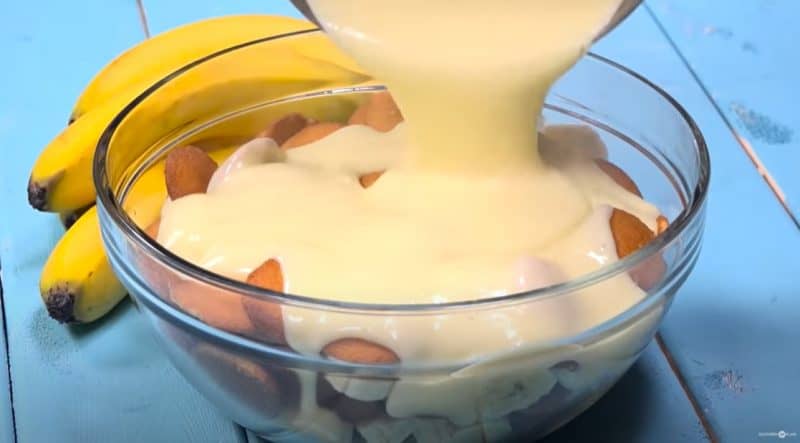 Stir it in and then immediately pour the pudding mixture over the banana and wafers.

Tips For Making the Meringue Topping

Meringue is a simple thing to make, as easy as turning on a mixer. But there are two things you need to know about. 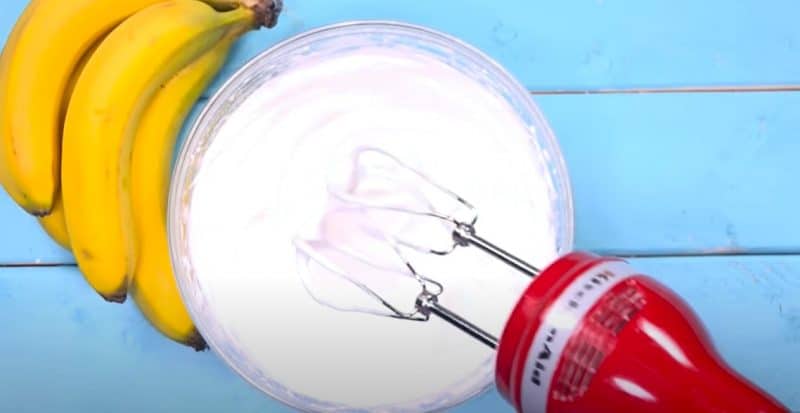 Place your egg whites in the bottom of a clean mixing bowl. Beat egg whites with an electric mixer until foamy. Add in sugar and continue beating until stiff peaks form.

You know you are there when you pull your beaters up out of the meringue and it creates a point that remains standing up, this is why we refer to it as a stiff peak. See the video in the recipe card below for a bit more detail if you like. 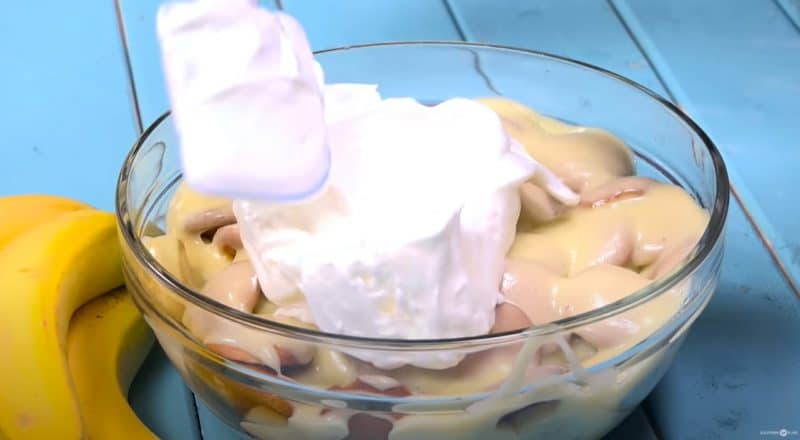 Add the meringue topping to the banana pudding and spread it to the edges to seal it well. Then bake at 325 for 10 mins until the top is golden brown.

And there you have it, a gorgeous meringue to top a delectable homemade banana pudding.

There is nothing in this world like real, old fashioned banana pudding. I hope you get to wrap your hands around a bowl soon!

Store leftovers, covered, in the fridge for up to two days. 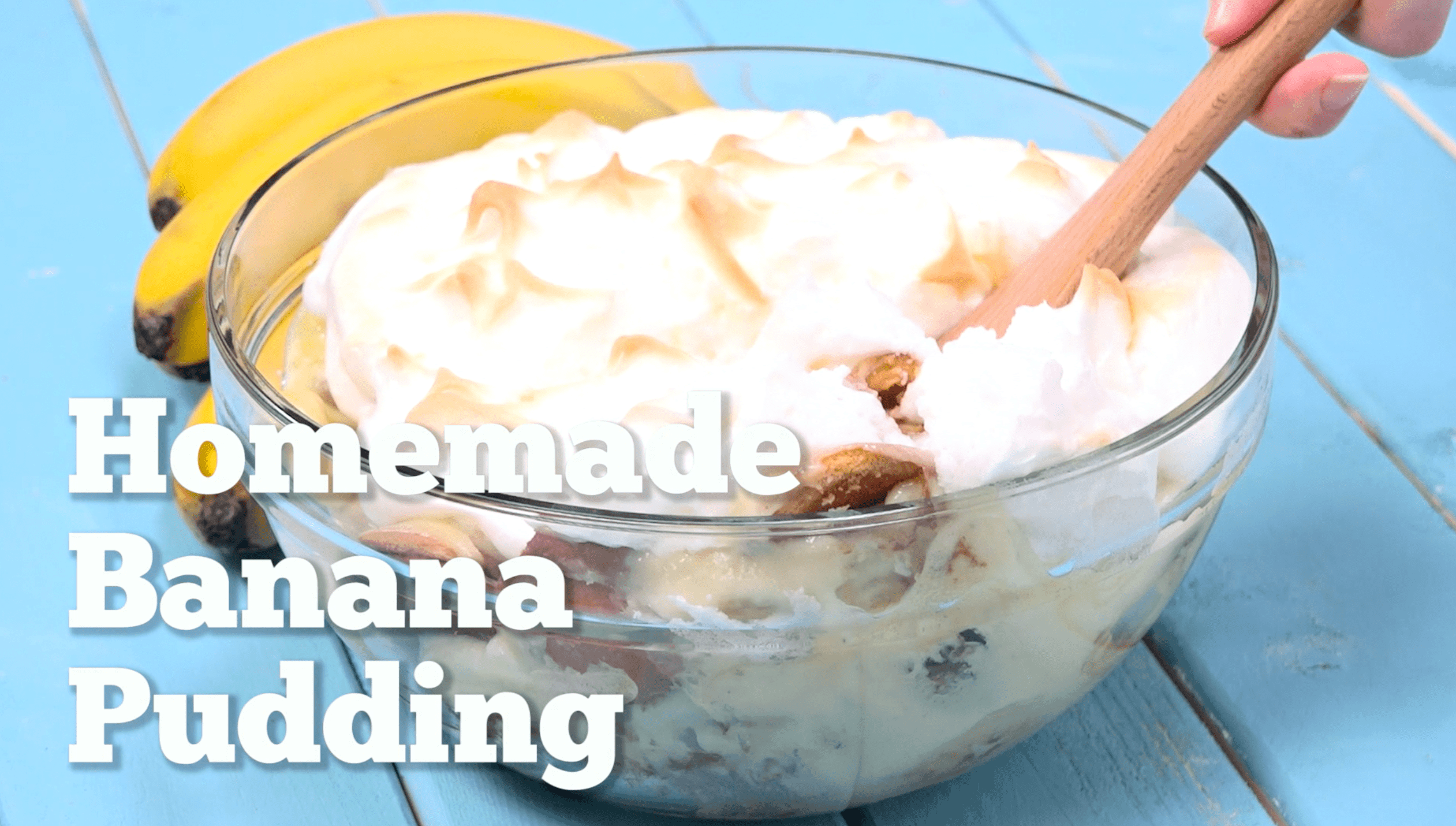 This recipe is from Heaven to a Southerner!

I am an optimist. It does not seem too much use being anything else.

Made banana pudding for a luncheon for co-workers. All enjoyed. I use either milk (whl., 2%, or evaporate) & condensed. Banana &/or vanilla pudding (Instant) in both the milk mixture and the topping. For the topping – mix marshmallow & whip cream. Also, top w/ lemon Oreos either w/wo filling.

So, you made instant banana pudding…?