This old fashioned bread pudding recipe is sweetly spiced and filled with raisins, coconut, and tasty buttermilk biscuits. Talk about a bowl of honest-to-goodness comfort! 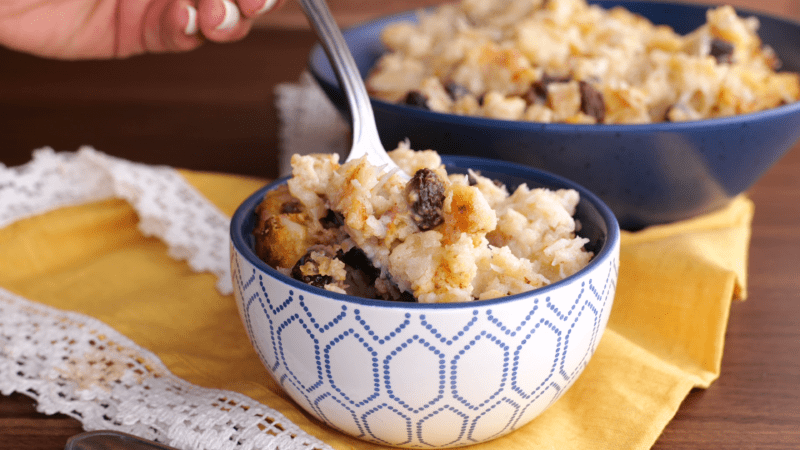 This dessert recipe is the spitting image of the bread pudding they used to serve at Cracker Barrel in the old days. Like its counterpart, my traditional bread pudding is overflowing with delicious ingredients, like buttermilk biscuits, sweetened coconut flakes, raisins, and cinnamon. Together, they make a bread pudding that’s so flavorful and delicious!

Now, while most bread pudding recipes use stale bread, we’re working with buttermilk biscuits (it’s the Southern way, of course). You’re going to have to make them. I’ll share some recipes with you in a minute that will give you the amount you need for the dish and you’ll still have a few to eat to keep your strength up while we make the rest of the dish. 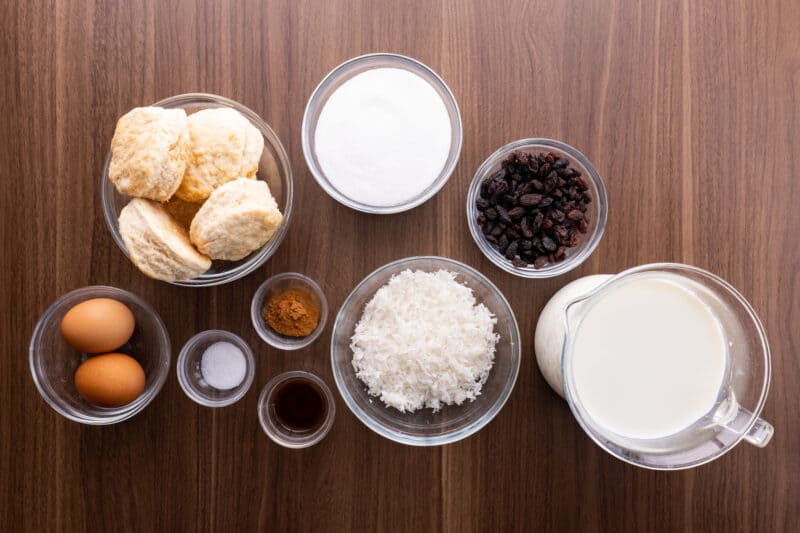 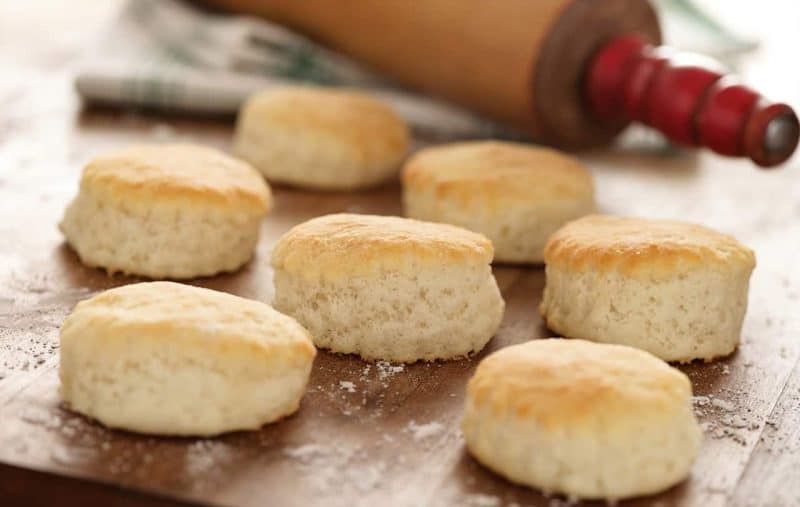 Take a moment, if you will, to join me in light and fluffy biscuit appreciation. If you’re wearing a hat, now is one of those times where you take it off and hold it over your heart. These are the three-ingredient biscuits. I have other biscuit recipes, too, because biscuits are kinda like shoes to a Southern woman, different occasions call for different ones. You can see my tender buttermilk biscuits here and my hoe cake recipe is here, which is basically a big old giant biscuit. No, my hoe cake is not made with cornmeal. Some are and that’s fine. Mine isn’t and that’s fine, too.

How to Make My Old Fashioned Bread Pudding Recipe 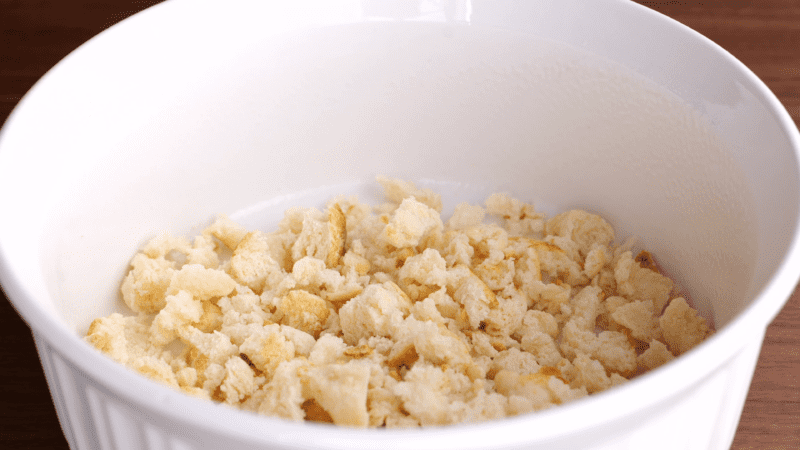 Crumble about 1/3 of your biscuits into an ovenproof bowl or baking dish. 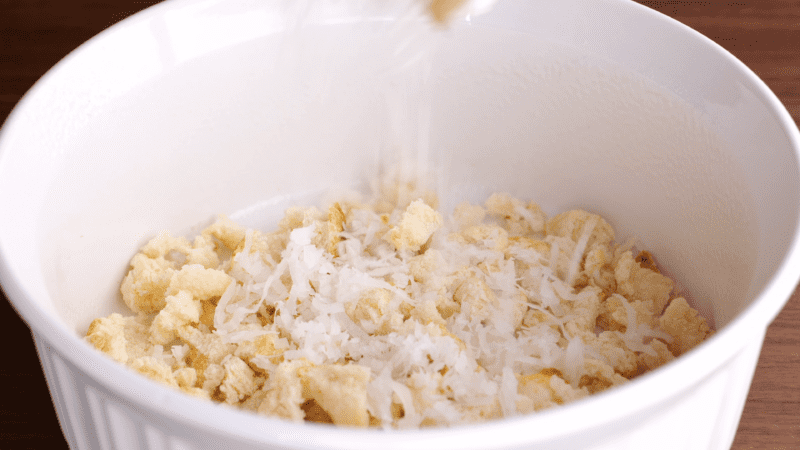 Top with half of your coconut.

Unless you are a coconut hater.

In that case, wave a little air over it in this part just to say you did something and then skip to the next step. 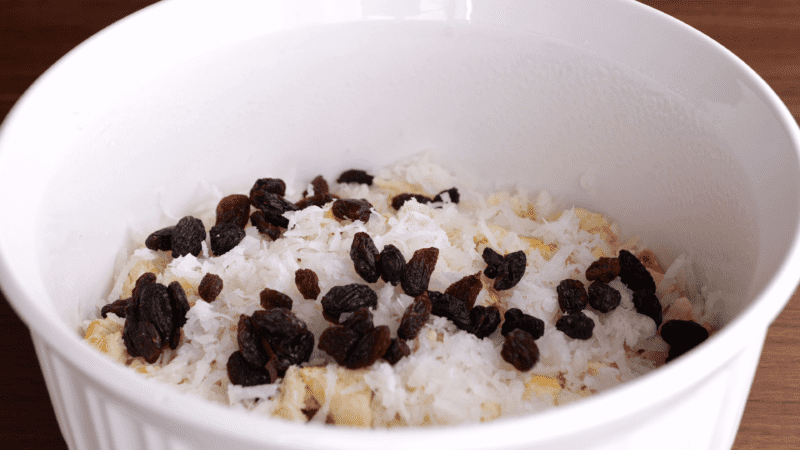 Top with half of your raisins. 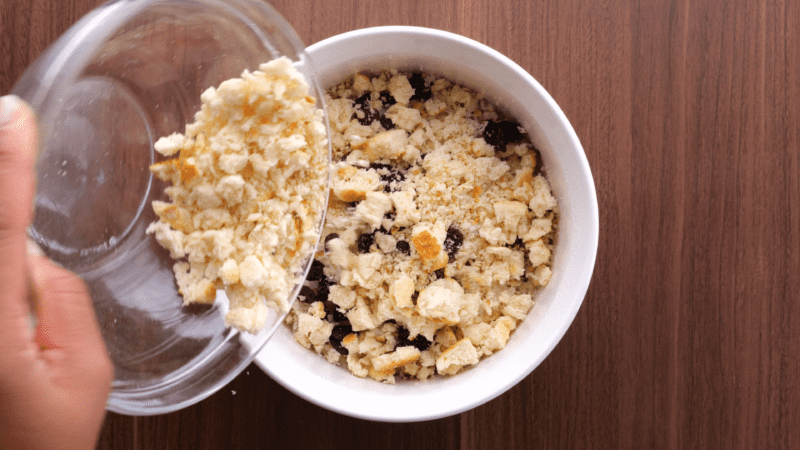 1/3 of your crumbled biscuits. 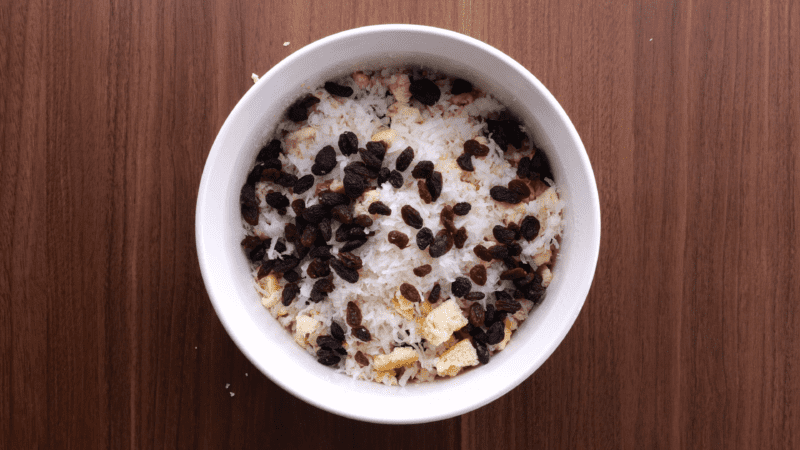 And the rest of the biscuits. 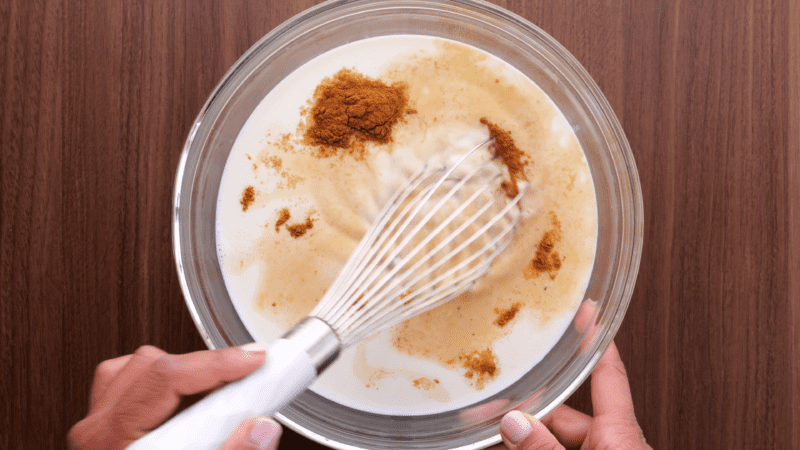 Oh, wait! Save 2 tablespoons of sugar but add all of the rest. 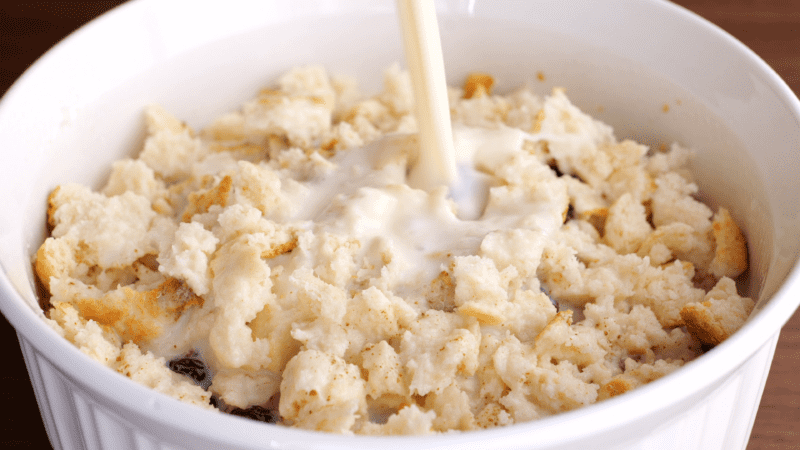 Pour the milk mixture over everything in your bowl/baking dish. 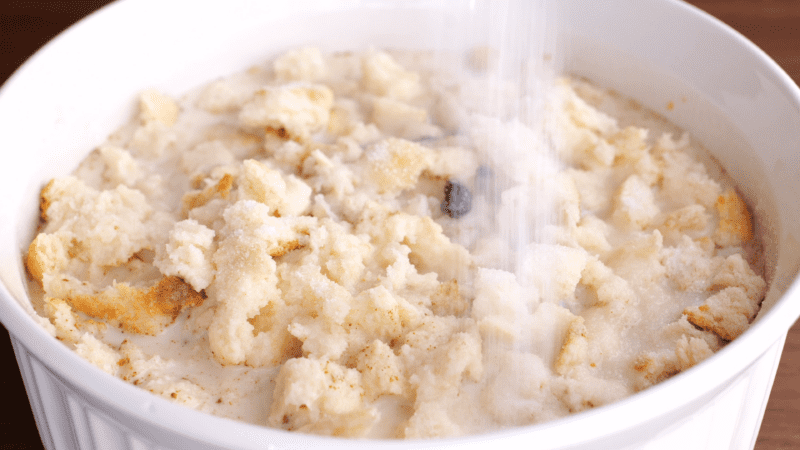 Sprinkle two tablespoons of sugar over the top. 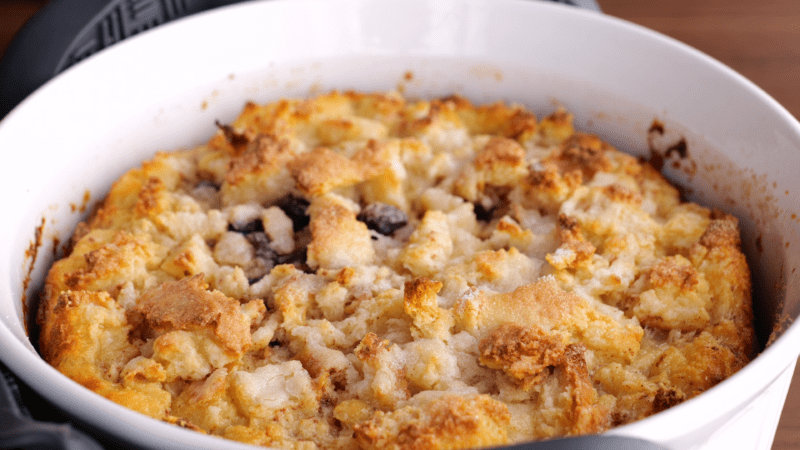 Bake at 350 for one hour, or until lightly browned on top. 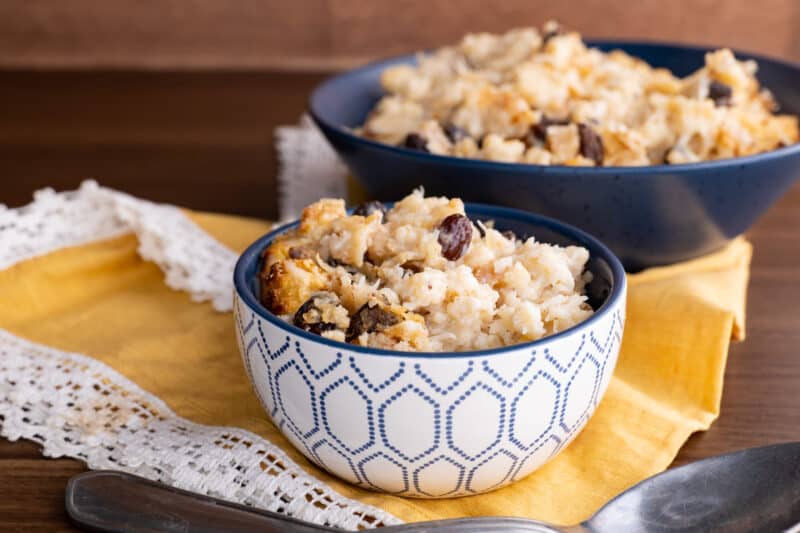 Serve warm. Mama likes hers with a good quality scoop of vanilla ice cream but I like mine on its own.

Either way you go, this old fashioned bread pudding is like a little bit of heaven in a bowl.

How To Make Rice Pudding Southern-Style by Mama Reed 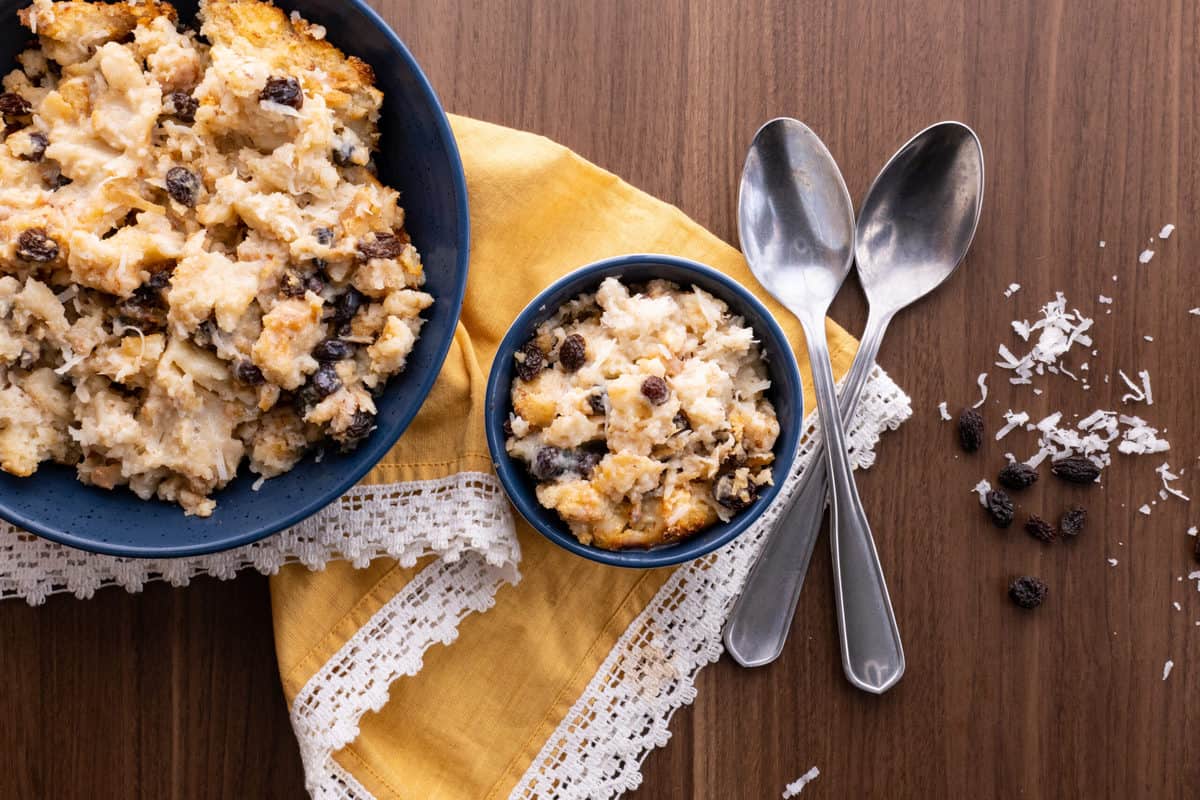 “When a thought takes one’s breath away a lesson on grammar seems an impertinence.”

Oh gosh I really have to try this. I have developed a strong love relationship with bread pudding! Thank you so much for sharing and yes, I will add the coconut too!