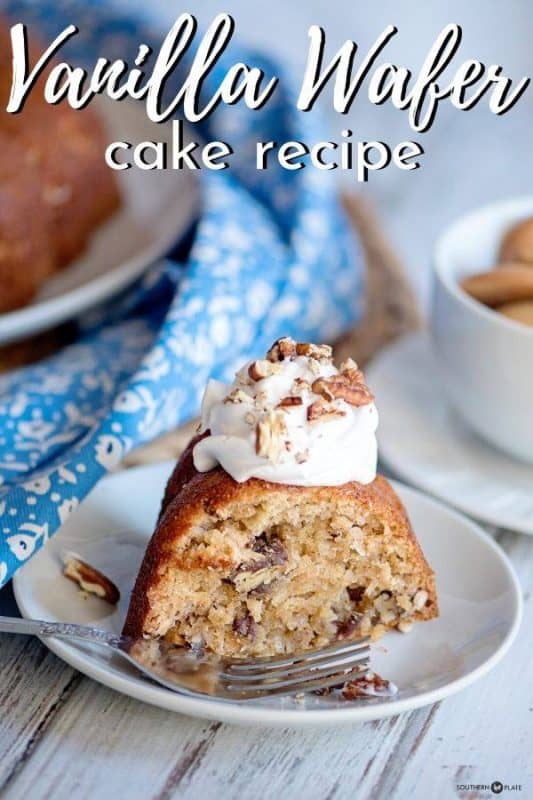 Today y’all I’m adding Mama Reed’s vanilla wafer cake recipe to the list of recipes I worry about what your life will be like without! This cake is the kissing cousin of my apple dapple cake. They come from a different branch of the family but chances are if you have the good sense to like one of them, you’ll like the other as well.

My mother got this vanilla wafer cake recipe from her grandmother, Mama Reed. Mama Reed had an expansive array of recipes but this cake was my mother’s favorite by far. When she married my father, this was the first recipe she asked to use in her own kitchen. It’s an old-fashioned classic cake recipe that’s been baked in the South for decades. It’s great on its own with coffee or with whipped cream and a drizzle of caramel sauce for dessert.

If you like pound cake, this vanilla wafer cake has the same delicious moistness and density. However, we use crushed soft vanilla wafers instead of flour and combine them with milk, shredded coconut, eggs, sugar, and chopped pecans. Can you imagine it? The flavor and texture are just out of this world. Fortunately, it’s super easy to make as well, so let’s get baking! 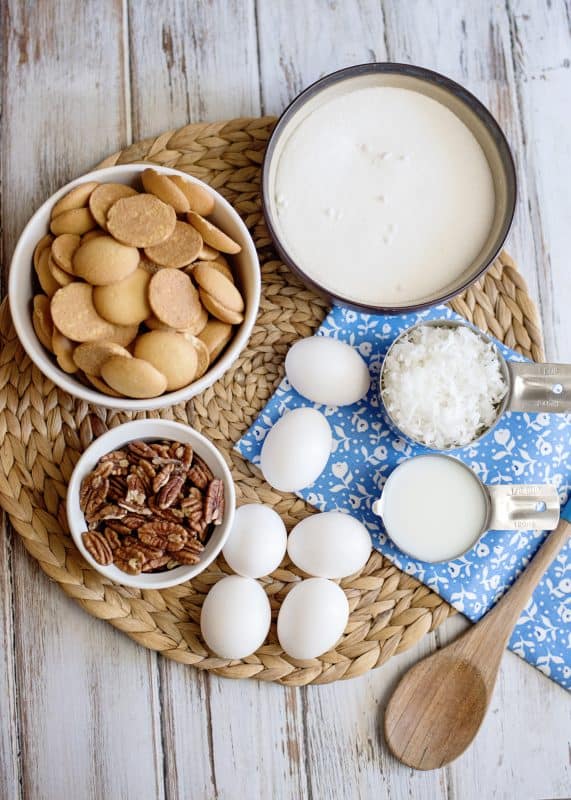 How to Make Vanilla Wafer Cake 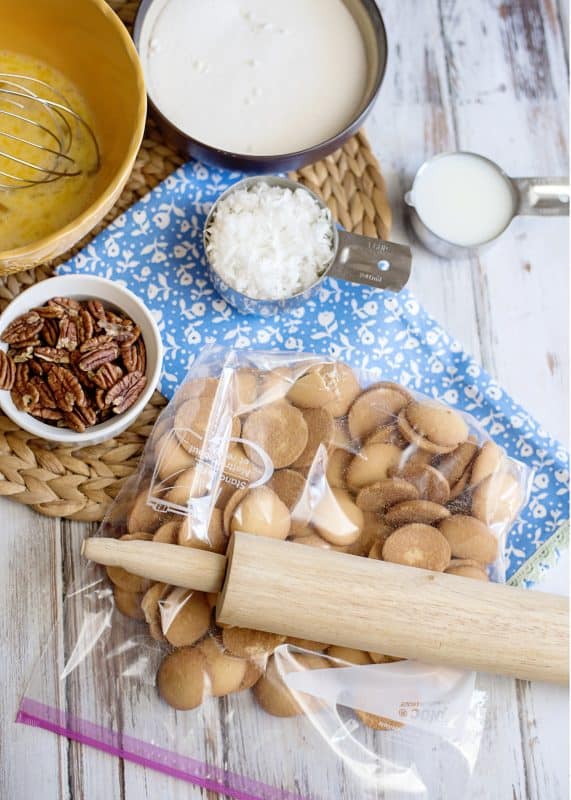 Place vanilla wafer cookies in a large sealable bag and crush them with the rolling pin or any other stress-relieving device (you can also use a food processor). 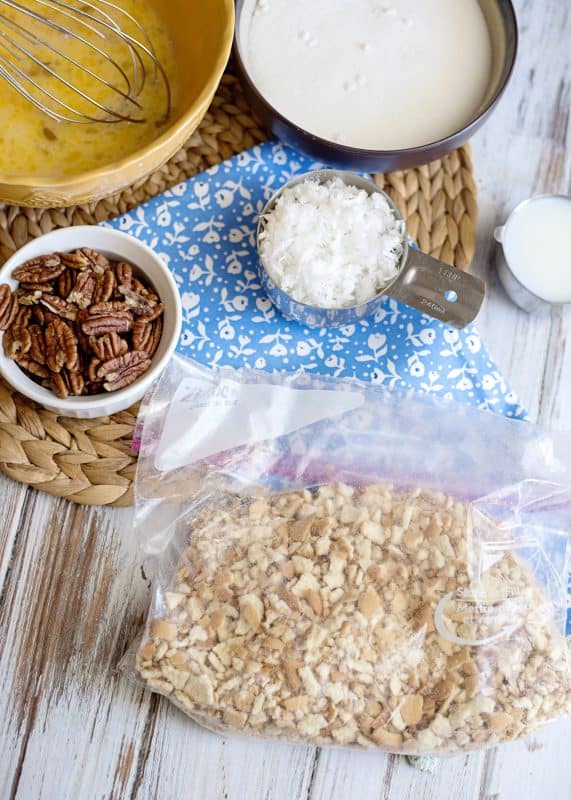 Once crushed, your Nilla wafers should look a little bit like this. 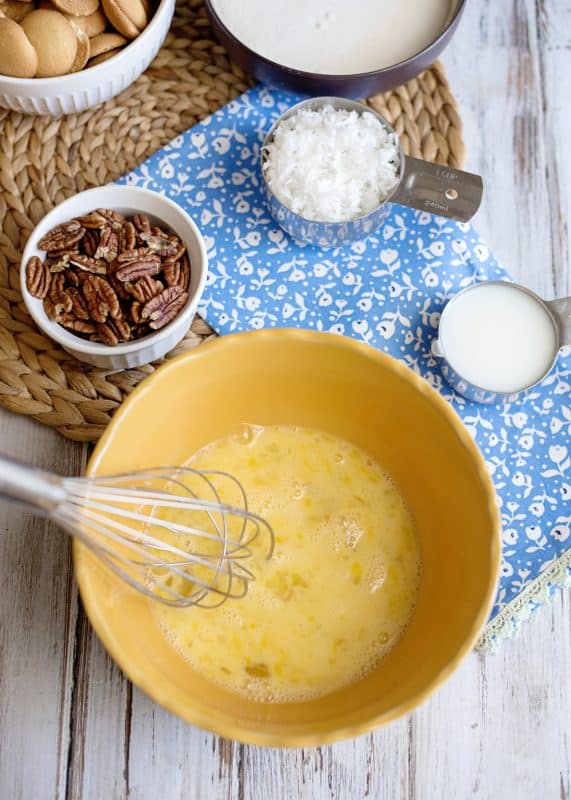 In a medium bowl, beat up your eggs well and coarsely chop your pecans. 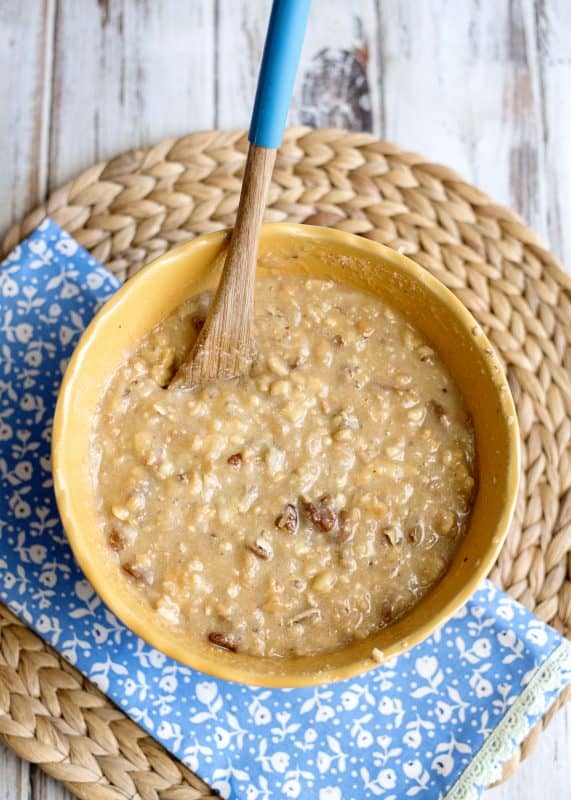 Then toss all remaining ingredients into the mixing bowl and mix until well blended (about two minutes should be more than enough).

It will look like this. You can do this with an electric mixer or a wooden spoon.

Now if y’all don’t dip a spoon in that and take a bite then something is wrong with you! 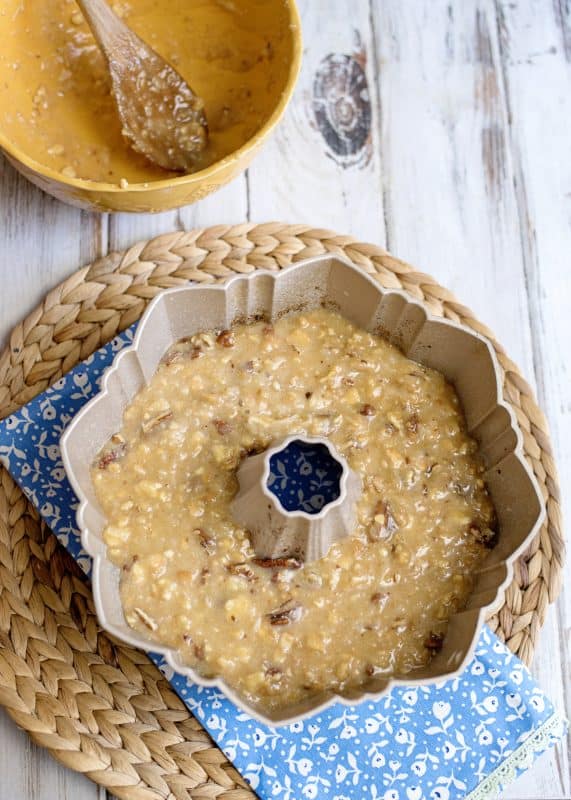 To grease my bundt pan, I dip a paper towel in shortening and smear it all over the insides of my pan. Then I put a few tablespoons of flour in and turn my pan while patting it a bit until the flour has coated the inside. Then I hold it over the trash can upside down and pat it until the excess falls out.

Bake at 350 for one hour. Cool cake for at least 10 minutes in the pan before inverting it onto a wire rack to cool completely. 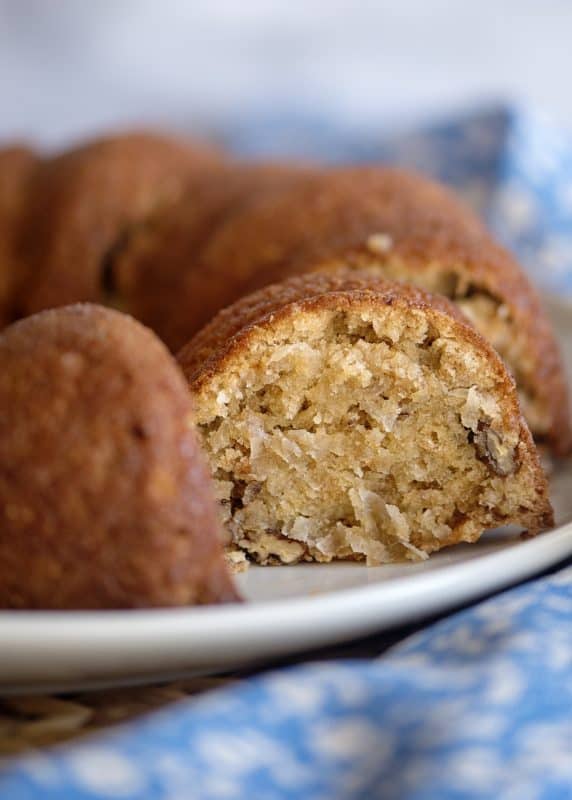 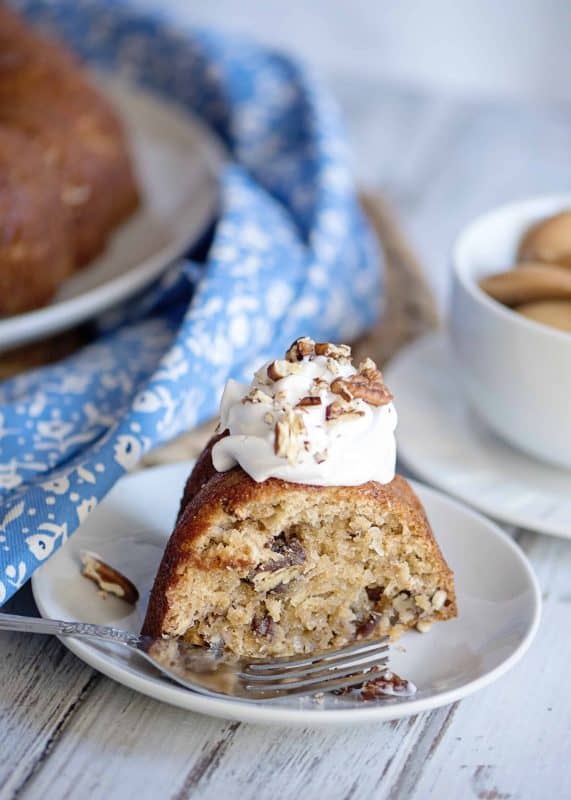 Serve your vanilla wafer cake with a dollop of whipped cream and extra chopped pecans to happy people (if they weren’t happy before, they will be now).

How do you serve vanilla wafer cake?

You can serve your vanilla cake on its own, dusted with powdered sugar, or with whipped cream (here’s my homemade whipped cream recipe). For a more decadent dessert, add a drizzle of caramel sauce or a serving of fresh berries. Another option is to butter the cake and toast it quickly in the air fryer. That’s a Paula Deen recommendation. YUM. 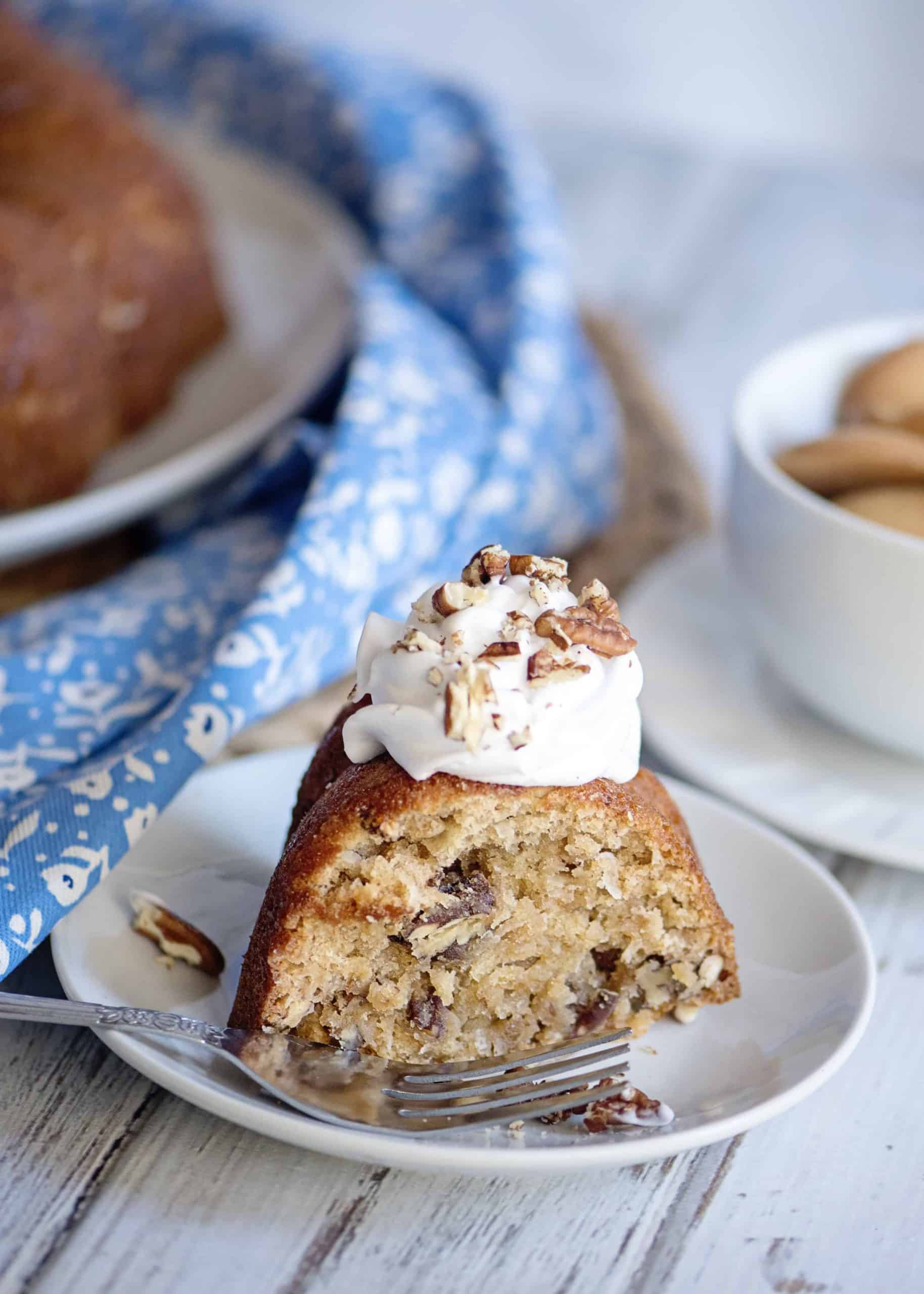 Can you use a sugar substitute to decrease sugar?

Sure can, I use Swerve

At our Labor Day family gathering, my niece and I were having so much fun in the kitchen that her brother decided to join us. We decided to make this cake and it is in the oven! I know it will taste sooo good! *Easy, ingredients already on hand, smells wonderful*