An American holiday classic, my easy 5-ingredient Watergate salad recipe is deliciously fluffy and creamy thanks to the sweet combination of pistachio pudding, mini marshmallows, whipped cream, pineapple, and pecans. 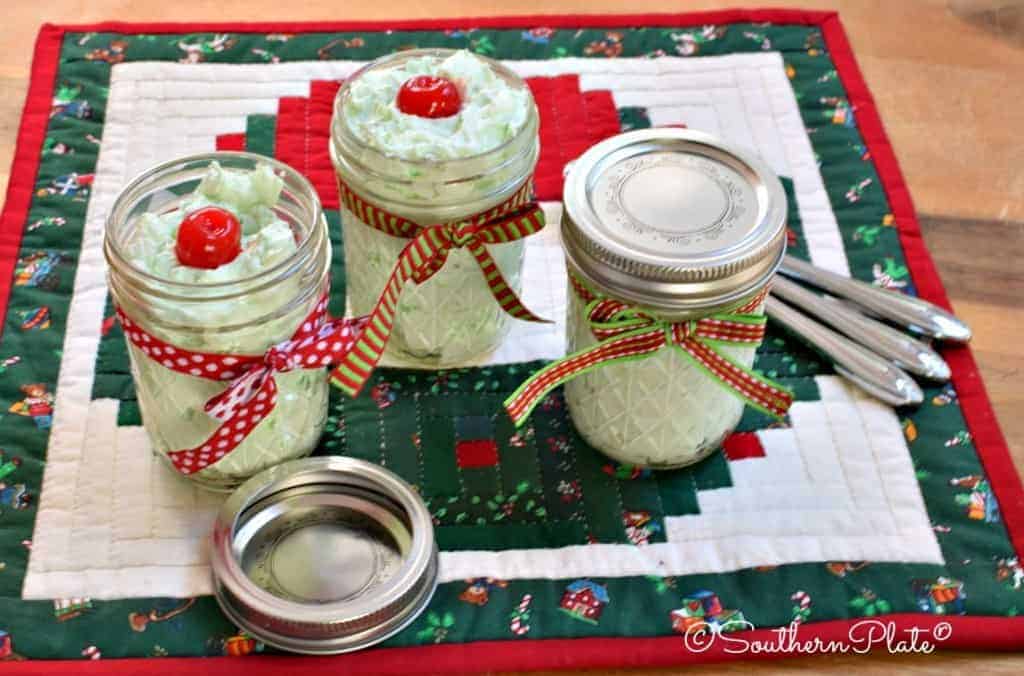 Boy, I can’t believe that Thanksgiving is just around the corner and Christmas will be here before we know it! Watergate salad (also known as pistachio pudding salad, pistachio fluff, and pistachio delight) is such a simple recipe and one I must make every holiday season. My version is a little bit lower in sugar than others but still every bit as rich.

Original Watergate salad is made with just 5 ingredients: mini marshmallows, pistachio pudding for that green hue, Cool Whip, crushed pineapple, and pecans. The flavor and texture are SO good, y’all. You’ve got sweet pudding and marshmallows combined with creamy whipped topping, juicy pineapple pieces, and crunchy pecans. If you haven’t tried it yet, let me tell ya, it’s going to blow your mind!

The instructions are as simple as the ingredients and my favorite, when you just dump everything in a bowl, give it a mix, and you’re good to go. It’s done in 5 minutes, how good is that? Let the salad sit in the fridge for an hour or so to let all the flavors mingle and then serve it to your family and friends. It’s a great holiday dessert salad to take to a potluck or party. 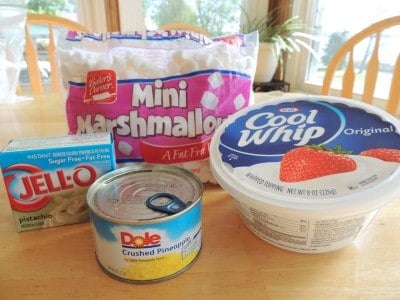 How to Make Watergate Salad 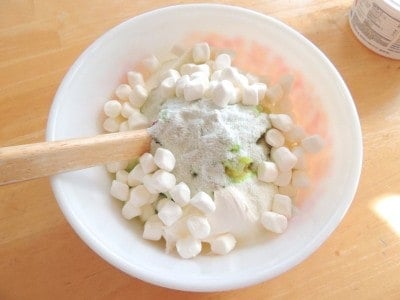 Dump all ingredients into a large bowl. Add pineapple, juice and all. 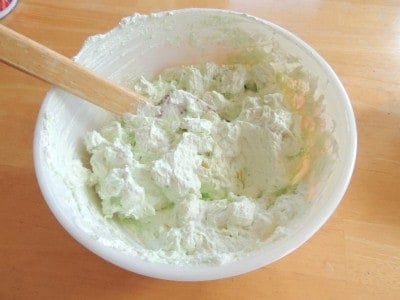 Stir everything together until no dry pudding remains and everything is mixed well.

That’s it! Cover and let it chill for a couple of hours before serving.

If the salad is a little thick, you can stir in a couple of tablespoons of milk before serving.

I wonder who ate one? Well, don’t you think I should try it first to make sure it tasted good? I did and it passed the test. Just another thing I do for you, the Southern Plate family. You are most welcome!

Why is it called Watergate salad?

The origin of Watergate salad is actually a bit of a mystery. In the 1970s, General Foods (now merged with Kraft Heinz) published the recipe as Pistachio Pineapple Delight as it used two General Foods products: Jello instant pistachio pudding and Cool Whip whipped topping. It seems an unknown Chicago food editor renamed it Watergate salad to garner interest.

However, some suggest it gets its name from the similar Watergate cake. Another interesting point is that Helen Keller published a similar recipe in 1922 and called it Golden Gate salad as she first ate it in California. So we may not know where the name officially comes from, but luckily it tastes delicious anyway!

Can I make Watergate salad in advance?

Yes, you can make it ahead of time. I actually love to make my Watergate salad the day before and let it sit in the fridge overnight to let the flavors meld together.

Do I drain the pineapple?

No, don’t drain the canned pineapple! It’s the pineapple juice that turns the dry pudding mix into pudding.

Check out these other unique salad recipes: 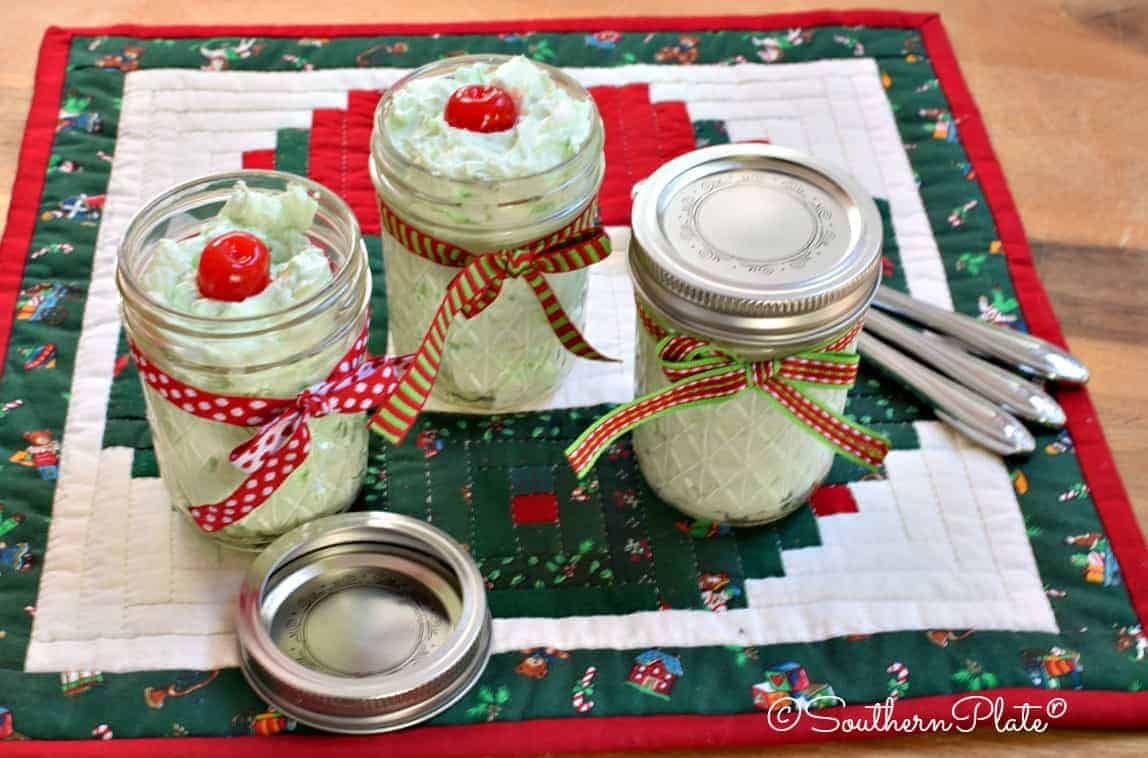 I made a batch to take to a church function but could not go . So, can I freeze this Watergate salad in small containing some?

Oh my, I haven’t made Watergate salad in years! I must have lost the recipe. I need to edit my shopping list. Gotta make this again for old times’ sake. My name is also Janice…rhymes with my nickname. ~Neecie

I love your nickname Janice!!! I hope you get the chance to make it soon, it is one of my favorites!!