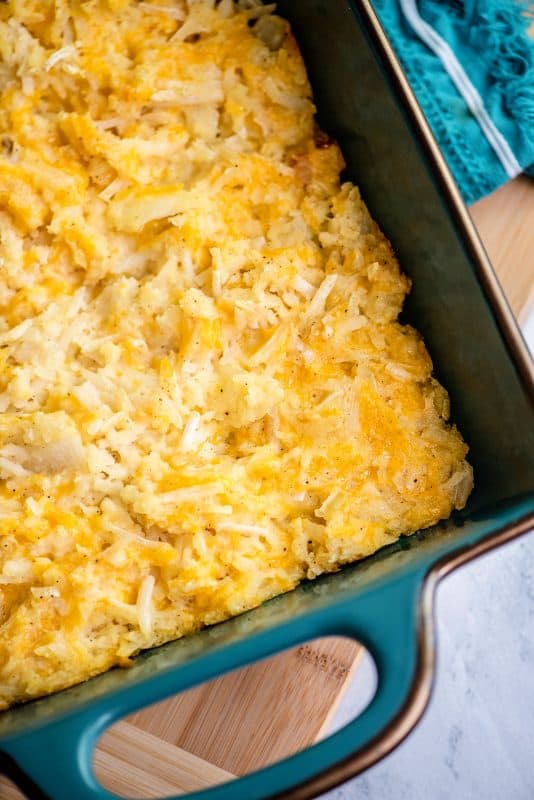 Today, I am bringing you a yummy dish. If you love the hash brown casserole at Cracker Barrel, you’ll definitely want to add Cheesy Hash Brown Casserole to your files. We have it at all holiday dinners, family reunions, and any other time we can come up with an excuse to make it. The recipe is simple enough to add it to the regular dinner rotation. It’s just a matter of dumping ingredients in a bowl and stirring them up. Let’s get cooking so I can show ya 🤗 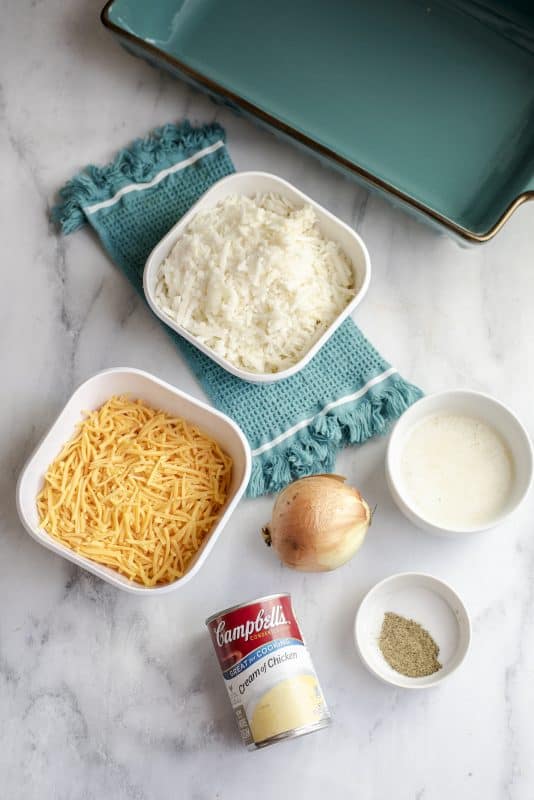 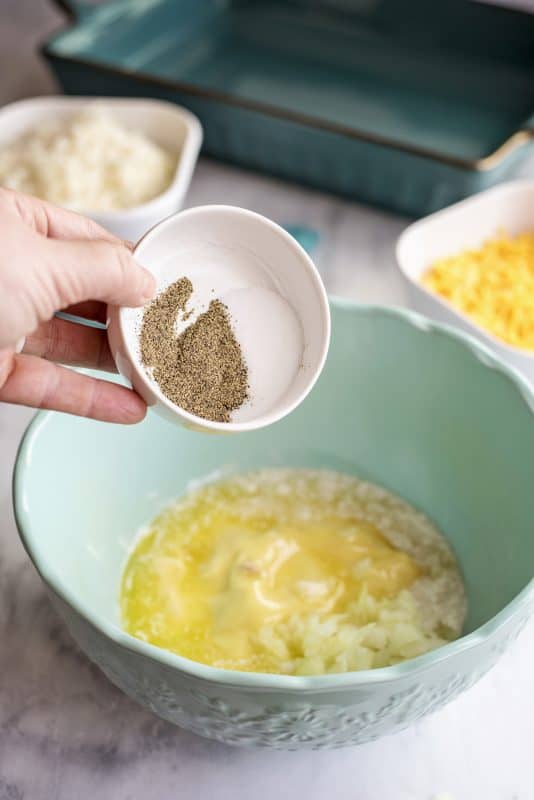 Dice onion and place in a large mixing bowl along with melted butter, cream soup, and seasonings. Stir this up with a large spoon until well combined. 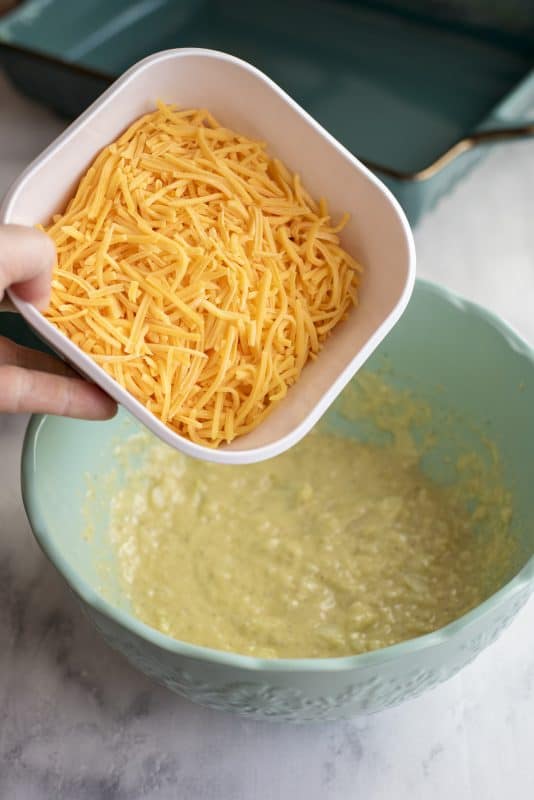 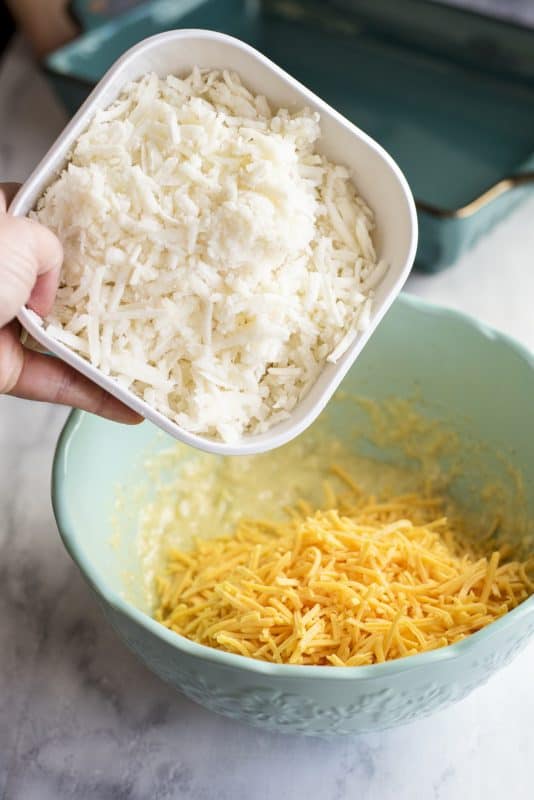 and Hash browns (still frozen or lightly thawed is fine). 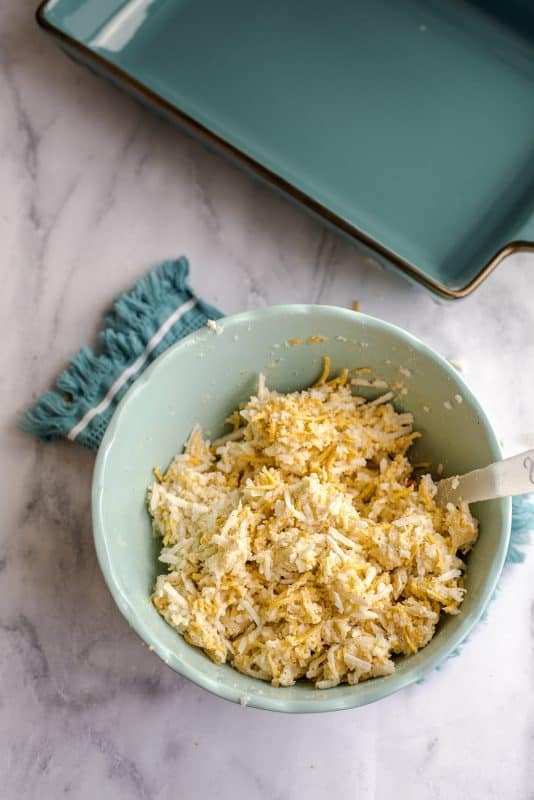 Stir all of this up until well mixed. 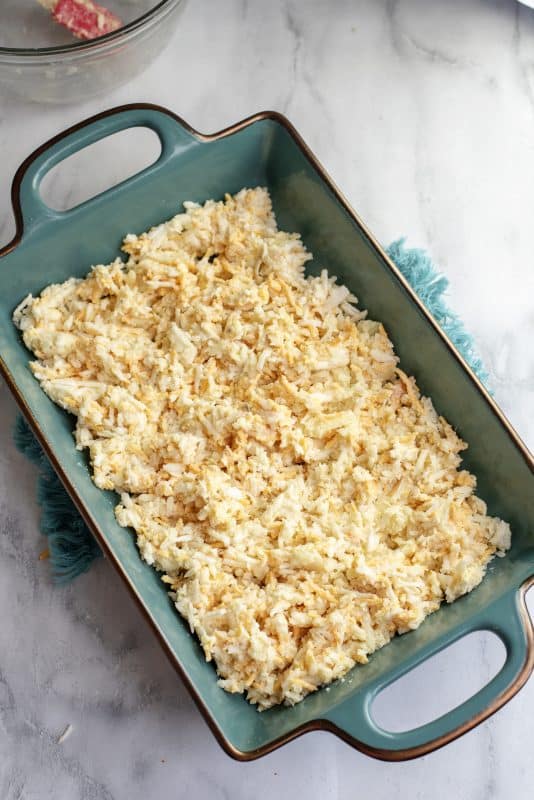 Spread into a lightly greased 9×13 pan and bake in oven at 350 for thirty minutes, or until bubbly. 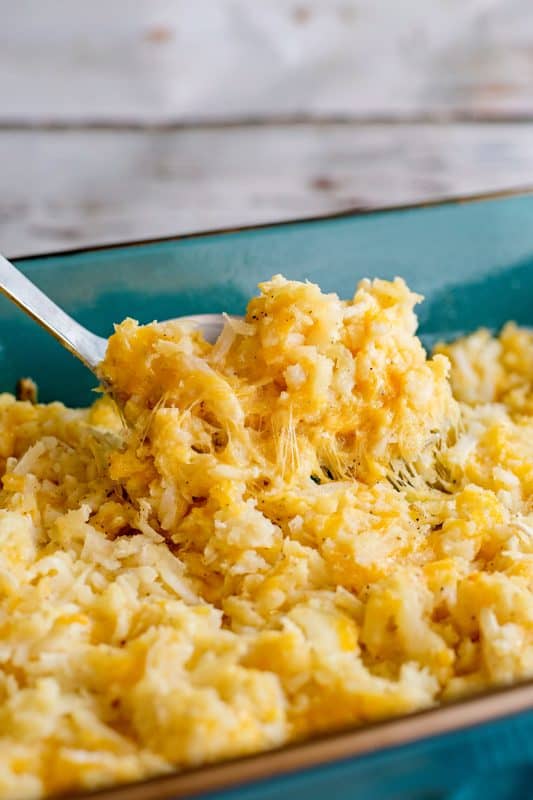 This tastes just like the hash brown casserole served at Cracker Barrel and with it being so easy to make, I hope you get to try it soon! 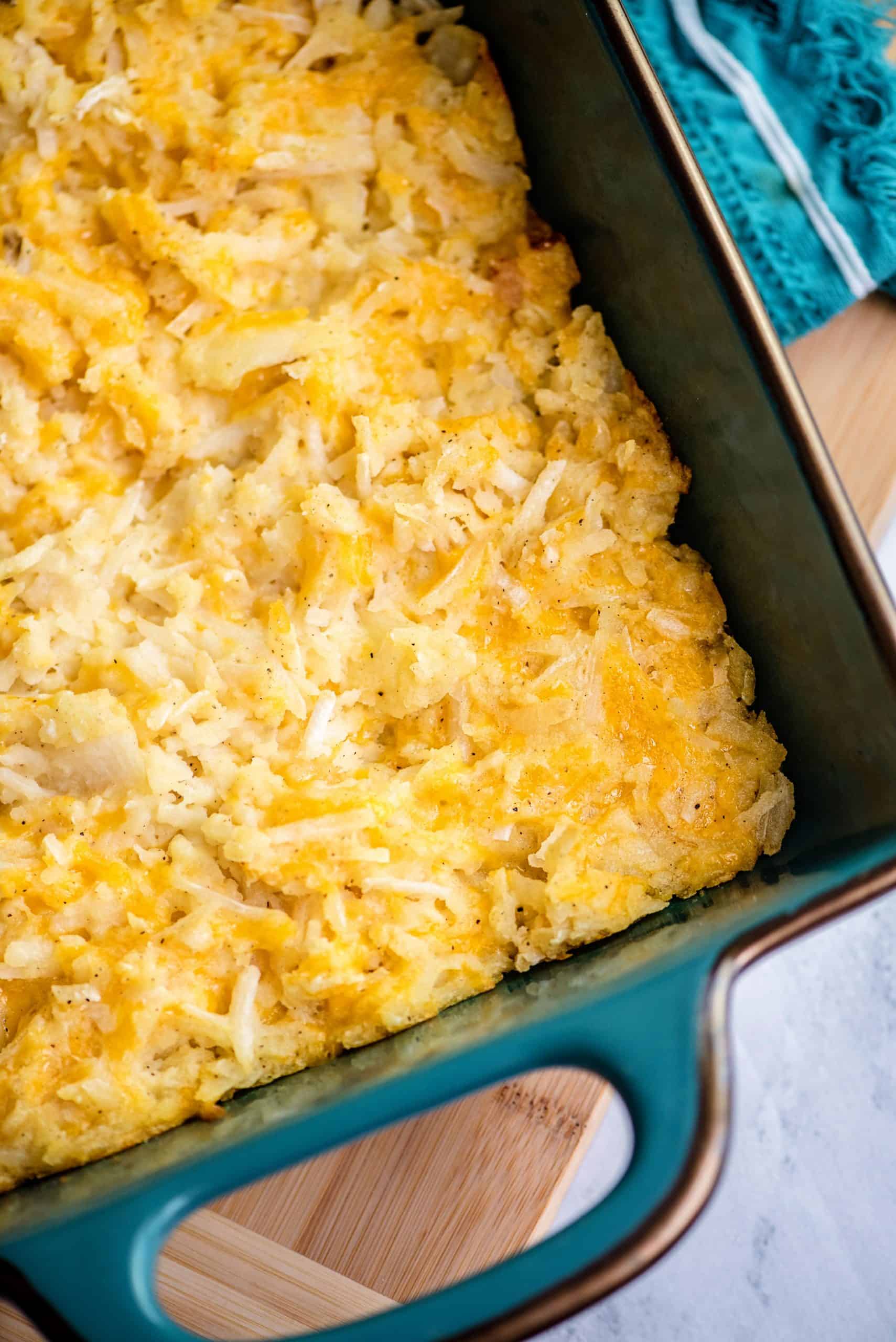 This recipe featured in Meal Plan Monday and Weekend Potluck